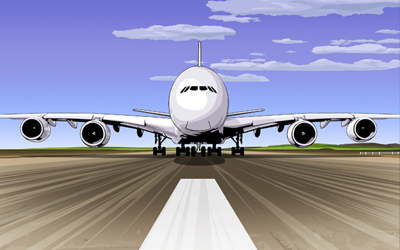 Despite the length of time it takes to get to Melbourne, First Class travellers will find that the climate alone will make the trip worthwhile. With weather conditions changing throughout the year, Spring is a perfect time to visit for clear skies and warm conditions. Periods between December and March are when First Class travellers are most likely to experience very hot temperatures.

First Class travellers will find it takes a fairly long time to reach Melbourne, with the journey lasting 22 hours if flying from London. Some airlines will offer direct, or non-stop flights to Melbourne, however, some airlines will also offer flights that go via China. This will most likely mean a change over at Singapore, however it is dependent upon the airline you travel with.

There are numerous five star hotels to choose from in Melbourne, all offering classic luxury for First Class travellers. Located right in the middle of Melbourne is the Grand Hyatt Melbourne. The hotel itself offers two exclusive shopping boutiques, as well as being situated right near the top class shopping and theatre district.

Another example of a fine five star hotel located in Melbourne is the Langham Hotel. This hotel offers a wonderful view of Melbourne and the surrounding area.

Other Useful Information For First Class Travellers Going To Melbourne

The Australian ballet is also situated in Melbourne along with the Melbourne Symphony Orchestra, that First Class travellers may wish to visit for a piece of sophisticated and refined entertainment. On top of this, there are numerous theatres and arts centre in various places all around the city, leaving First Class travellers never far away from something interesting to see.

In terms of dining and fine cuisine, First Class travellers should stick to the centre of Melbourne to enjoy some of the cities delights. Many of the hotels themselves provide exquisite cuisine, the Grand Hyatt being just one of the hotels on the list.

The Hotel Windsor and the Esplanade Hotel are other examples of hotels that provide high-end restaurant food. Some of the most prestigious restaurants located in the city centre are slightly quirky, for example, The Colonial Tramcar Restaurant is held in high esteem and is a restaurant on a converted 1920’s tram. Eating in Melbourne is very varied and caters to each First Class traveller’s taste.