Home » Blog » Christmas on a Plane: What you get

Christmas on a Plane: What you get

December is an exceptionally busy period for travel, with Brits travelling 5.6 billion miles to visit almost 257 million friends and relatives over the festive season. A study by British Airways discovered that almost one in ten will even travel to at least two different countries to see loved ones over Christmas.

And for those who prefer to avoid the wintry weather and the stress of Christmas shopping, it’s also a popular time for travellers to  seek warmer climates in countries such as Australia, the USA and the Caribbean. Even Christmas Day itself is a popular day to travel, since flights can be significantly cheaper if you choose to travel when other people aren’t.

If you’re planning on flying over Christmas – what can you expect? Here’s what some airlines are offering this year: 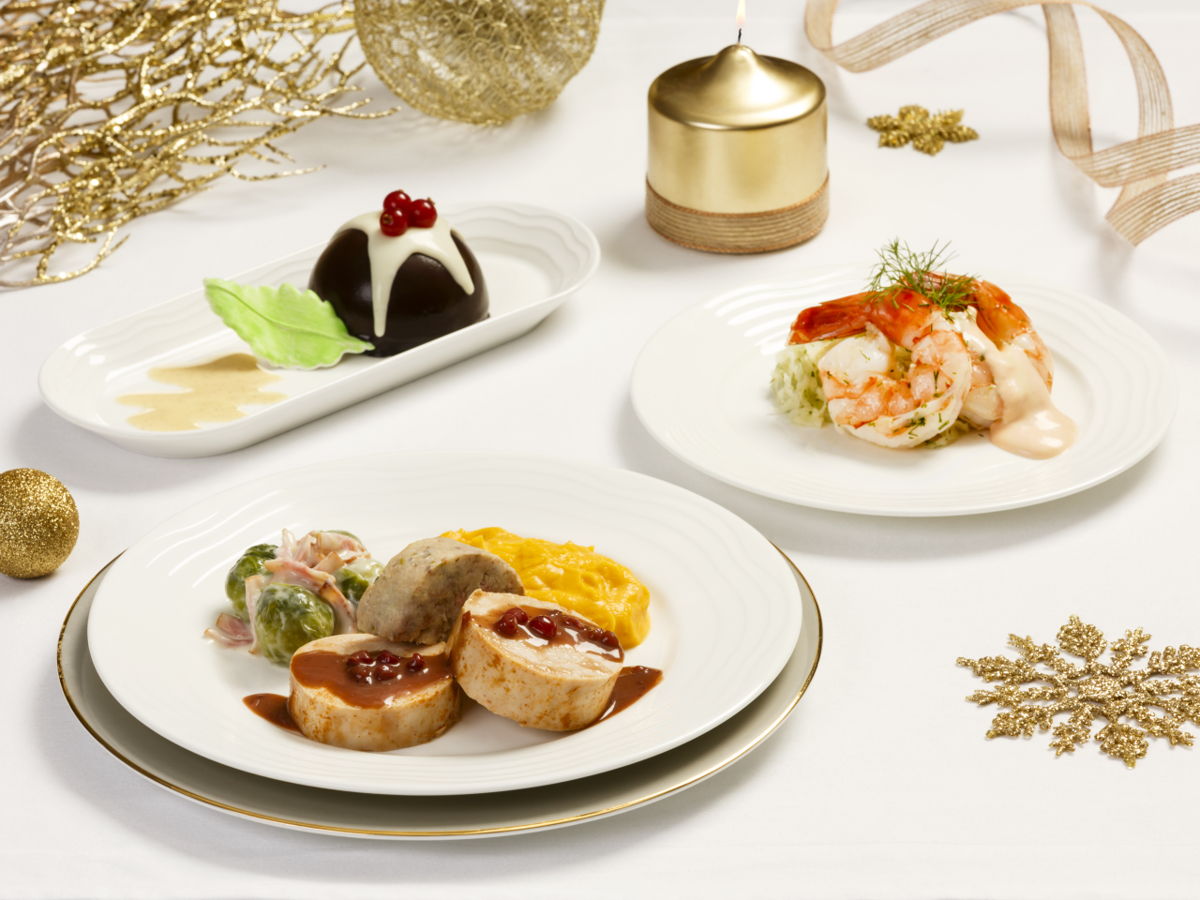 Emirates is offering special Christmas-themed amenity kits this year. There are four new kits in Business Class and First Class inspired by the Bulgari archives, with a special nod to Arabic design. Inside you’ll find all sorts of stocking fillers, including Bulgari White Tea fragrance to keep you smelling fresh. The airline is serving turkey with all the trimmings, followed by a chocolate yule log in Business Class and First Class. If you’re flying in First you’ll also receive additional treats – hot chocolate, gingerbread and Santa macarons. Onboard entertainment will include special Christmas programming to get you in the mood, including festive movies such as White Christmas and Miracle on 34th Street, as well as a music playlist of Christmas Number Ones.

For children Emirates has introduced a special soft toy – Noel the Polar Bear – who wears a red scarf and is only available to take home for the month of December.

British Airways is actually spreading a little magic this Christmas, offering passengers the chance to travel in First Class at ultra low prices. For a limited time only, lucky fliers will be able to purchase a ticket for the airline’s exclusive First cabin from just £200 more each-way than a Club World (business class) ticket on the majority of routes across the Atlantic. With this festive offer, first class flights to Philadelphia can cost just £1,790 return.

The airline will also serving up more than 60,000 Christmas dinners and 90,000 mince pies on long haul flights. On short-haul flights, a new M&S On-Board menu will be available with Santa Percy Pigs and a seasonal Turkey Feast sandwich. For the first time ever British Airways has created a dedicated Christmas channel on its in-flight entertainment system called ‘Festive Cheer’ showing a number of classic Christmas films including Home Alone and Elf.  To help bring some sparkle to the season, the airline has also added two English sparkling wines to its first class drinks menu. Camel Valley and Gusbourne. 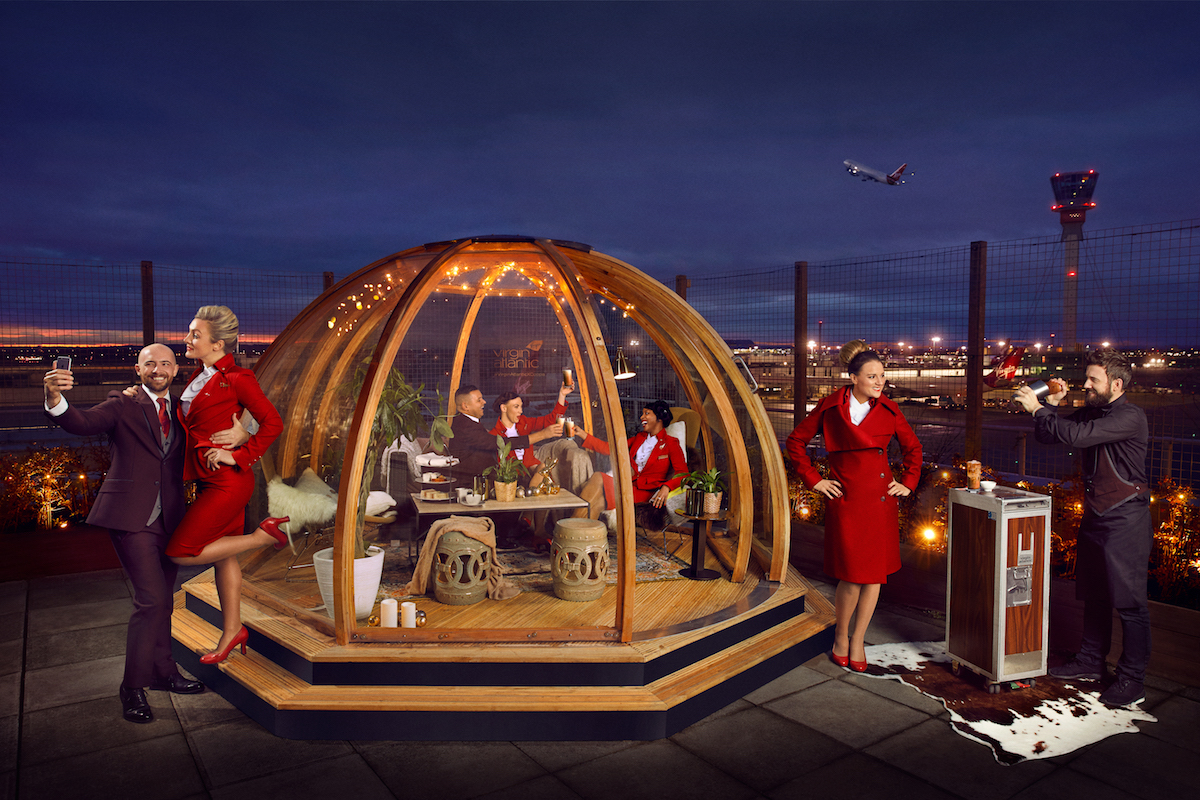 Virgin Atlantic has installed a special heated igloo pop-up on the roof of its Heathrow Clubhouse so passengers can kick-back in a toasty atmosphere and enjoy views of the runway. The igloo is billed as “the most over-the-top airport experience in the world” and will certainly make for some great Instagram photos. In Upper Class, Virgin Atlantic has switched its black and silver aeroplane salt and pepper shakers to a Limited Edition festive Virgin Red for the Christmas season.

The airline is serving Christmas dinners across all cabin classes on Christmas Day, as well as a mince pie chocolate bar and an extra surprise treat.

Singapore Airlines will be serving a range of Christmas dinners across all cabin classes; Business and First class will be served an extra special Three Bird Christmas Roast with a Christmas Log Cake and eggnog sauce.

From everyone at SkyClub we wish you a Merry Christmas and safe travels!