After 12-month of construction work, Qantas has opened its new swanky First and Business Class lounge at Heathrow Terminal 3 today, which is split over two levels with views of the airfield. The new lounge is part of a multi-million dollar investment into the airline’s existing London services as well as a new direct Dreamliner route between Australia and London. 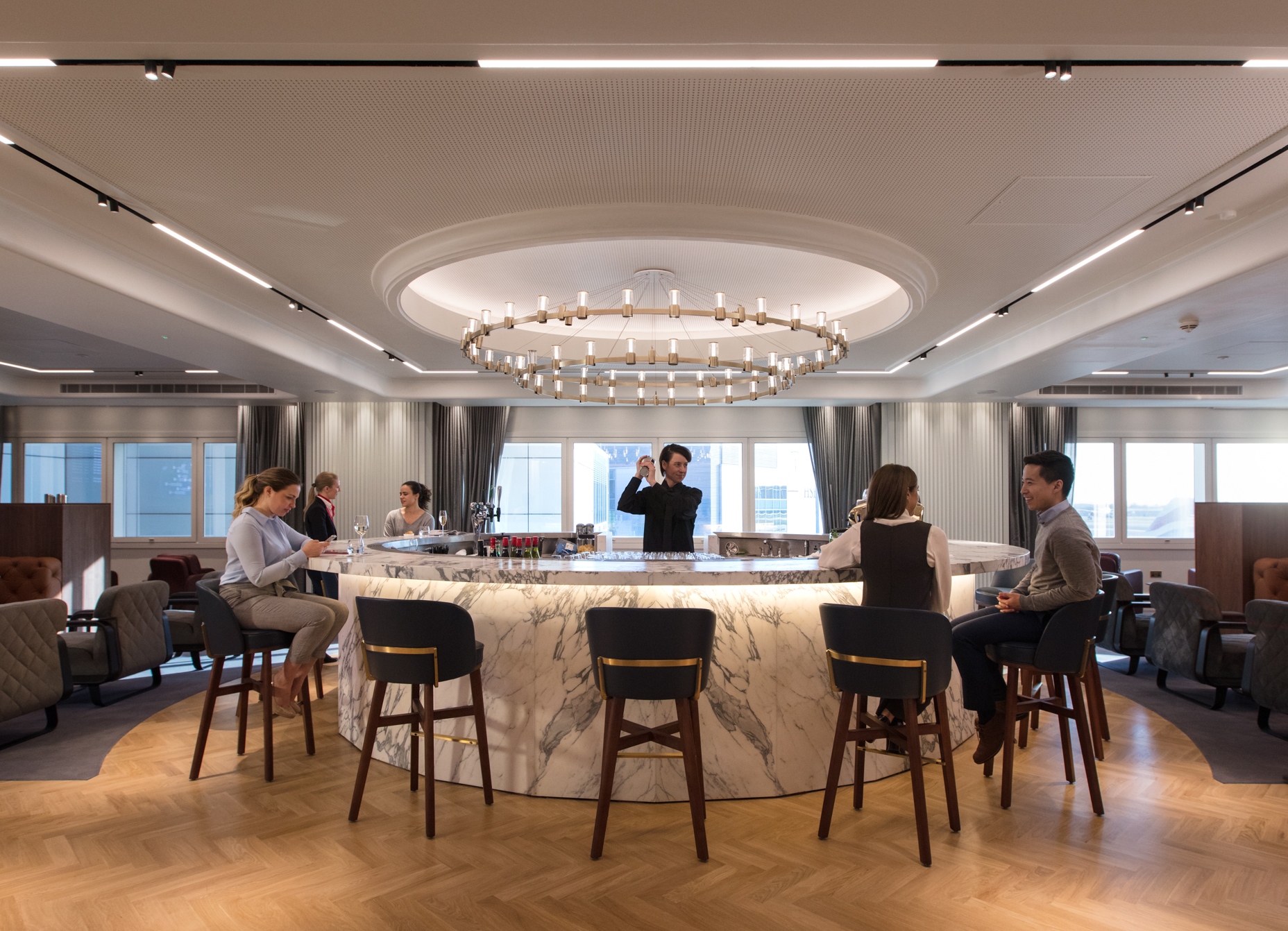 The landmark Perth-London route will commence on 24 March 2018 and so the new Qantas felt it important to introduce a new dedicated Qantas Lounge at Heathrow in preparation for the launch.

The lounge has a similar design concept as Qantas’ international lounges in Hong Kong, Singapore, Los Angeles and Brisbane, although the food and interiors take inspiration from the UK capital. Designed by Woods Bagot, the interiors reflect London at twilight with deep greens and rich blues throughout the furniture, and warm-coloured timbers, stone and brass throughout the lounge to represent the historic architecture of the city. Facilities include seating for 230 customers, premium hot and cold buffets, six shower suites with Aurora Spa amenities and a ‘Quench’ hydration station with tisane, fruit infused water and sparkling water. 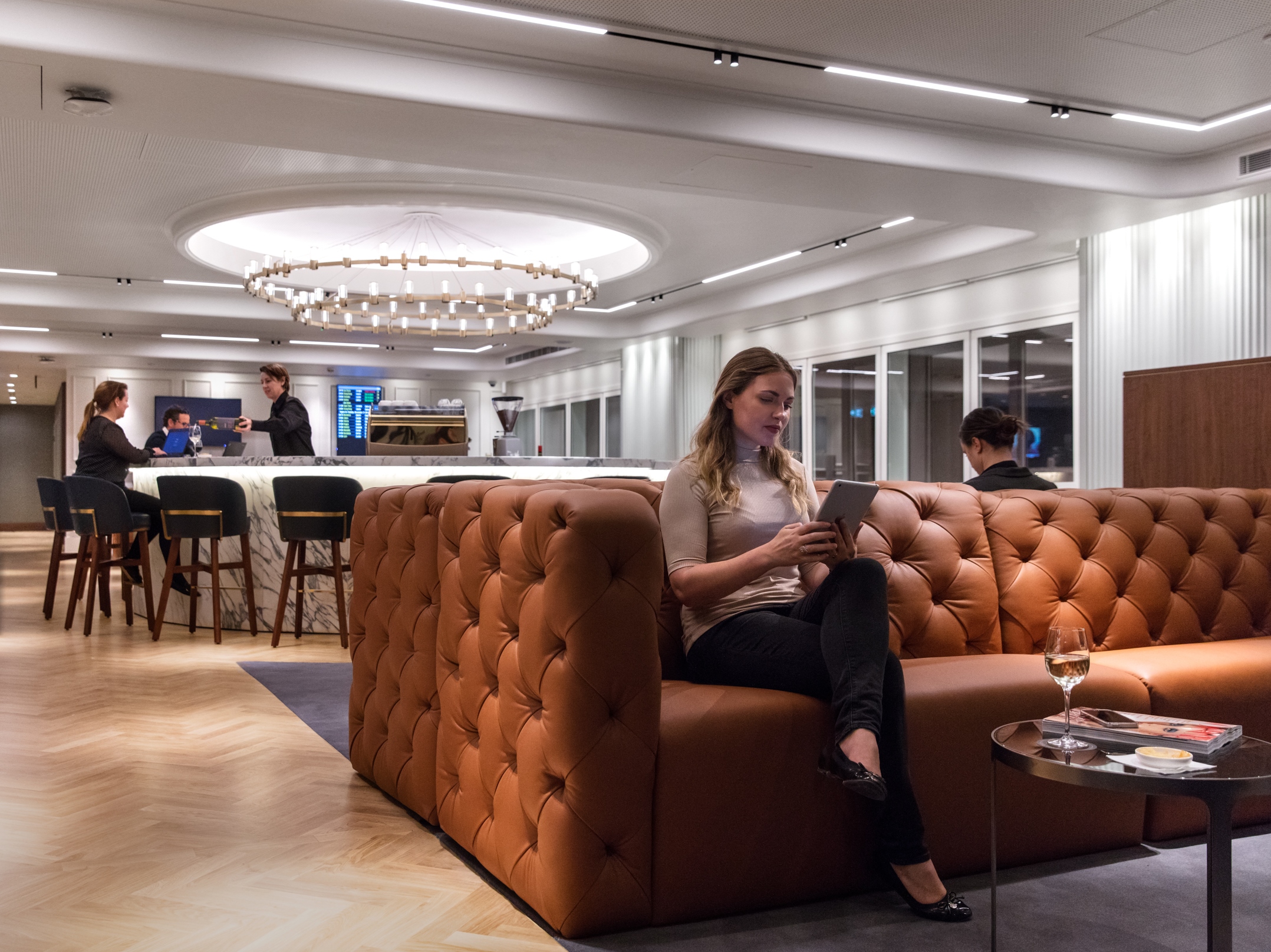 “The Kangaroo Route is at the heart of Qantas’ identity and London is one of our most important destinations,” said Mr Joyce.

“We have worked with leaders in design, food and service to create a lounge that is modern and comfortable and incorporates the aesthetics of the Qantas lounges that make our customers feel at home.

“We are reshaping what customers come to expect from international travel with direct flights between Australia and London. It’s a long flight, so we’re taking a holistic approach to passenger wellbeing on and off the aircraft, and the new Heathrow lounge is an important part of that.” 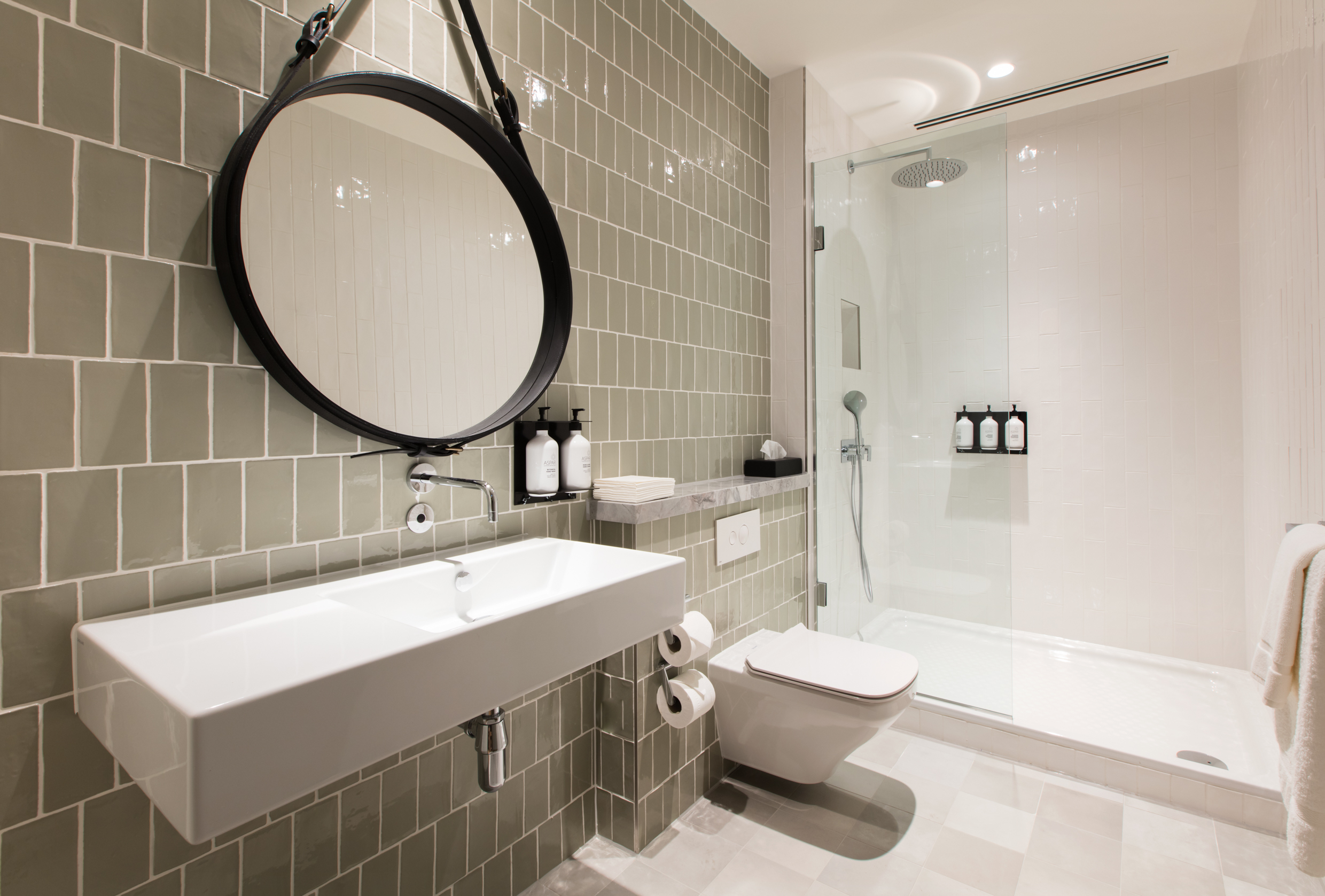 A marble cocktail bar beneath a brass chandelier on the upper level serving cocktails designed by the Qantas Rockpool Mixologists, as well as Australian and European wine and beer. A gin bar on the lower level offers the finest Australian and British gins, alongside an all-day barista service.

The menus have been designed by Rockpool with a Sofitel service experience, so customers can enjoy á la carte service in the dining room and a selection of plates. British choices include ploughman’s platters, pot pies and scones with jam and cream, while Australian favourites include healthy brunch bowls with eggs, avocado and kale, and zucchini and haloumi fritters.

Guests will also be able to order the signature salt and pepper squid with green chilli sauce from the Qantas First Lounges. Dishes are served on a new range of Noritake crockery by David Caon, while tea is served in and a collection of cups and saucers by Miranda Kerr for Royal Albert. 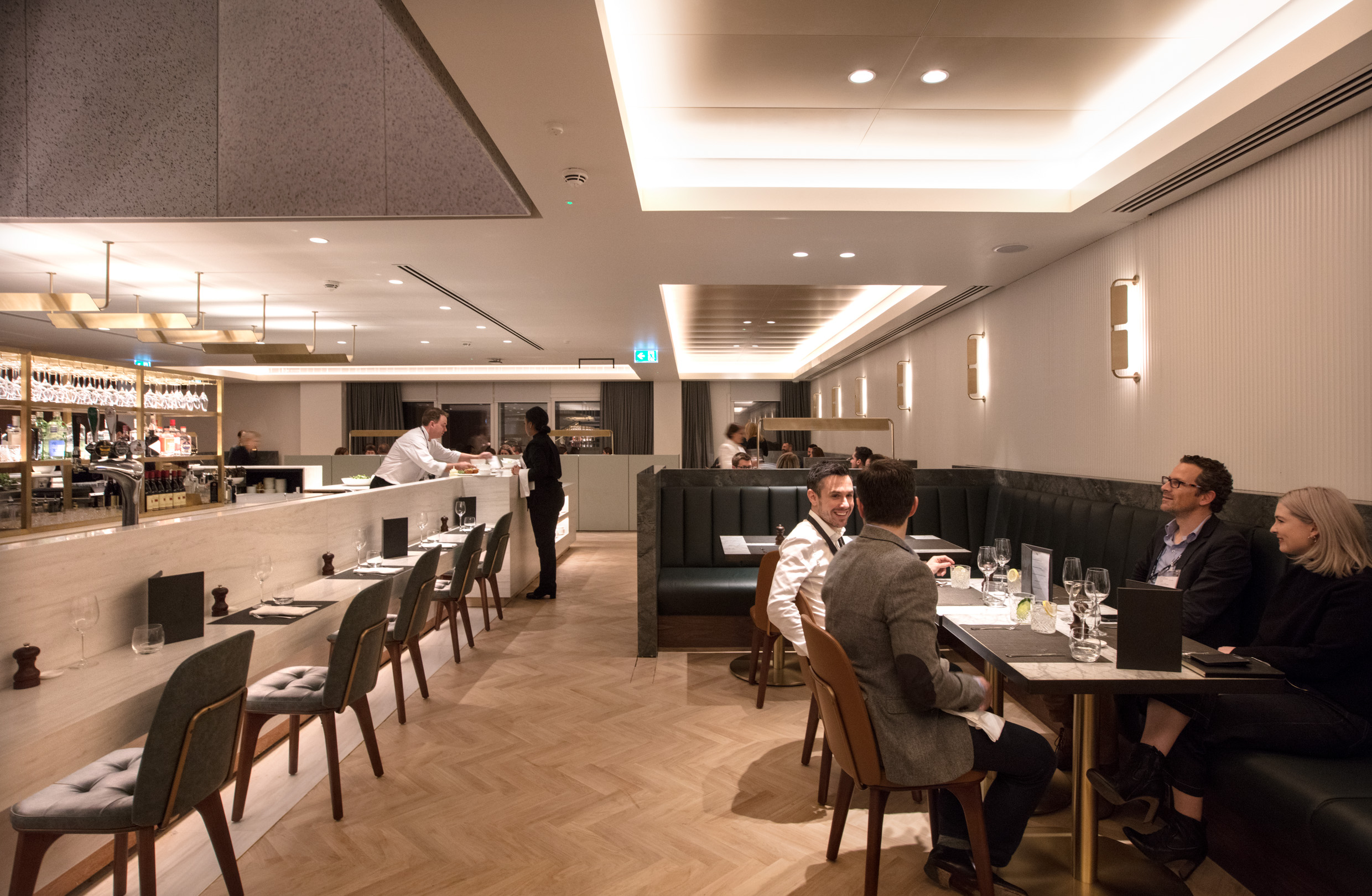 Qantas Creative Director of Food, Beverage & Service Neil Perry said: “We want to help our customers feel great throughout every part of their journey so we have been working with the University of Sydney to create dining options for the lounge that are light and fresh with a focus on hydration and nutrition, while continuing to offer a variety of locally inspired dishes and comfort favourites.”

From 25 March 2018, Qantas will offer the choice of three hub options between Australia and UK/Europe – a daily Sydney to London Qantas A380 service via Singapore, a daily Qantas 787 Dreamliner service from Melbourne via Perth to London and daily services via Dubai with partner Emirates. The airline recently announced a major cabin overhaul on its fleet of 12 Airbus A380s.